This past June, I was saddened to hear about the passing of Hiroaki Nakanishi, who I knew since joining Hitachi over 20 ago. I had just joined Hitachi Data Systems and was the product manager for Midrange Storage when I was called to present our storage direction and strategy to a Hitachi corporate executive. I was very nervous, since I had never presented to a Japanese corporate executive before. And, since my name and appearance are Japanese, I was worried that I would be expected to follow some formal protocol. I got to the meeting room early and was practicing my words of greeting with my business card in hand when the door opened. In walked a man with his hand extended and a smile on his face, who introduced himself as Hiroaki Nakanishi. He immediately put me at ease. He knew my background as a Sansei, third-generation American born, who didn’t speak any Japanese. We had a very interactive session, and at the end I felt more enthused about being part of Hitachi. At that time Mr. Nakanishi was the Managing Director of Hitachi Europe. Although he was responsible for large businesses that ranged from nuclear reactors to bullet trains, he wanted to hear about storage from a product manager.

After that meeting, I would see Nakanishi-san at different events and he would always take the time to say hello and remember my name, even as he rose through the ranks to become the Chairman and CEO of Hitachi. As I visited different locations in Hitachi, I would come across his footprint: from a control system that he developed at the Omika Works factory where he started his career with Hitachi, to the Honorary knighthood that British monarch Queen Elizabeth II bestowed on him in recognition of his distinguished service to UK-Japanese business. He became best known within Hitachi when he became president in 2010 and started the Smart Transformation Project, which restructured the company following the global financial crisis of 2008/2009.

Nakanishi-san was chosen as chairman of the Japan Business Federation (Keidanren) in 2018. His selection was welcomed by local and international investors, who saw the election of the reformist Nakanishi to the conservative business lobby as recognition by the Keidanren that it needed to make improvements to corporate governance. As chairman, he advocated for the government to invest in digital technology. He was also instrumental in prompting the federation to support the country’s promise to become carbon neutral by 2050.

Most times that I saw Nakanishi-san, it was just a handshake and a few words. However, on one occasion I ran into him at a Kenpatsu, an internal event where Hitachi’s research and development groups share the exciting projects and new solutions they are developing for customers with Hitachi’s Business Divisions and Group companies from around the globe. Unlike other high executives who might be surrounded by aides, he was alone. He invited me to join him, and we spent almost an hour touring the different exhibits. I was surprised how current he was on all the new technologies. He was an engineer at heart.

I last saw Nakanishi-san at a town hall meeting in 2019 at Hitachi Vantara. I had just returned to work after my operation for cancer. He spotted me in the audience and stopped on his way out to say hello. As always, he had his bright smile, but I sensed that he seemed a little tired. It was soon after that I heard that he had been diagnosed with lymphoma. Although the cancer was reportedly in remission, it returned in April 2021. He continued to work as chairman of the Japan Business Federation until the end of May, when he resigned, and he passed away on June 27.

Although Nakanishi-san worked with the top leaders of great companies, and was an advisor to heads of governments, he always had time to say hello and ask how I was doing. I suspect that I was not alone and that there are many others whose lives he touched in a similar way. I will miss him not just as a great business leader but as a friend who cared and inspired me with his life. 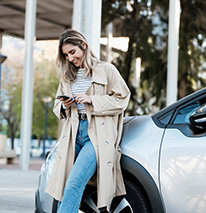